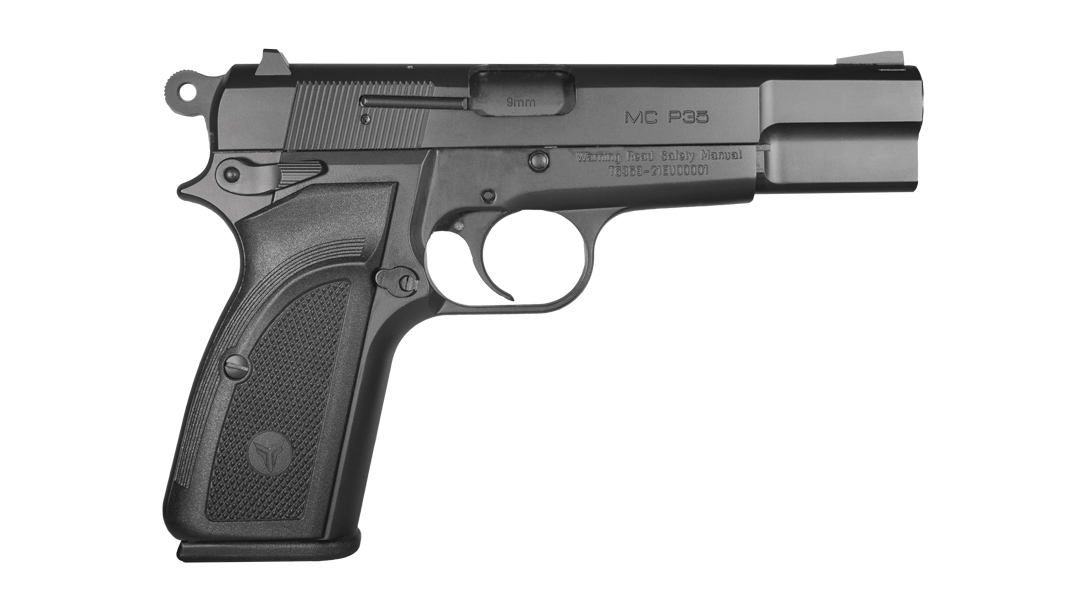 Made with serious respect to John Browning Classic design, The MC P35 pays homage to one of the most widely used military handgun designs in the World. Built on a steel frame and slide, the MC P35 boasts a 15+1 capacity in a staggered column magazine. . Built on a steel frame and slide in 3 matte finishes. Originally designed as a military pistol, it necessitated extreme accuracy and the Girsan MC P35 does not disappoint.

The short recoil 9mm, 4 5/8” barrel, along with the slide, allow for quick second shot resets, getting the shooter on target faster. The rear sight is a windage drift adjustable sight and the front is a dovetail sight. The traditional slim trigger allows for a short trigger reset and is accessible even while wearing gloves and the serrated ring hammer provides a positive grip while cocking. Enhanced external controls include external extractor, ambidextrous safety, and magazine disconnect safety.

There are no reviews yet.

Be the first to review “Girsan MC P35” Cancel reply

ADD THE 2nd AMENDMENT COFFEE TUMBLER AS A FREE GIFT TO YOUR ORDER. MERRY CHRISTMAS
Accept